The Effects of Exercise on Your Brain

We are all (hopefully) well aware of the numerous physical benefits of exercise. But did you know that exercise has a positive impact on your brain as well?

Even walking for 45 minutes per day has been proven to be beneficial (1). With the modern plight of inactivity and obesity that plagues the global population, this is information that could quite literally save you from developing a debilitating condition like Alzheimer’s (2).

Modern society has more or less brainwashed us into a lifestyle of television watching, consumerism, and junk food. Partaking in all of these activities is now as American as baseball. I am continually appalled that we are all well aware of this information, and yet the majority of us do almost nothing about it. We continue to get sick and we continue to look for other (ridiculous) solutions, when the evidence for increased health and wellness is right in front of us.

A combination of exercising and eating well is the cure for so many illnesses, and yet we wake up every day looking for new solutions (3). Or maybe you haven’t exercised for so long that your brain has literally deteriorated. Yes, this is entirely possible and realistic (4). This may come as alarming information to some, but they are the ones who probably need this knowledge the most.

Why Your Brain Loves Exercise 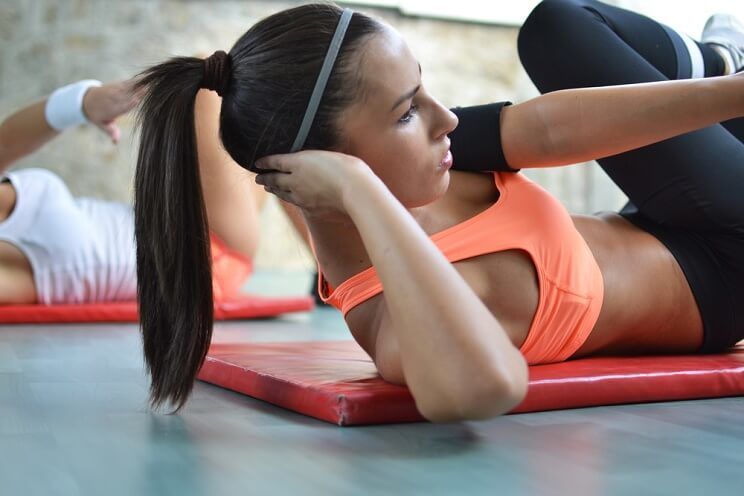 It may seem like your brain is the last part of your body to benefit from working out, but science has shown that the affects are numerous — and real. Researchers from one study found that physical exercise has increases brain volume and improves cognition (5). Other studies have shown that an active lifestyle may prevent or delay loss of cognitive function with aging or neurodegenerative disease (6). Have I got your attention?

There is a staggering amount of scientific information that proves that exercise is great for your brain (7). Even a small amount increase in heart rate has a positive affect. One study found that those who walked for even a small amount of time saw increases in brain-derived neurotrophic factor, insulin-like growth factor 1, vascular endothelial growth factor, and many other positive neuronal changes (8).

In yet another study, researchers found that exercise stimulates neurogenesis, increases resistance to brain insult, and improves learning and mental performance (9). On the other side of the spectrum, those who are obese, and typically not participating in regular exercise, show marked signs of neurodegeneration and decline (10). Have I convinced you yet that you should probably invest in some good gym clothes and make an effort to stay in shape? [tweet_quote] Regular exercise helps your brain become resistant to decline.[/tweet_quote]

Being overweight has been associated with brain atrophy, white matter changes, disturbances of blood-brain barrier integrity, and risk of dementia and Alzheimer’s disease (11). Being sedentary is not only putting yourself at an increased risk for obesity, it is also putting yourself at an increased risk for dementia. In contrast, one study found that exercise is a powerful stimulus for improving mental health and for generating structural changes in the brain (12). Yes, structural changes. You can actually change your brain by exercising. How does this work, exactly? 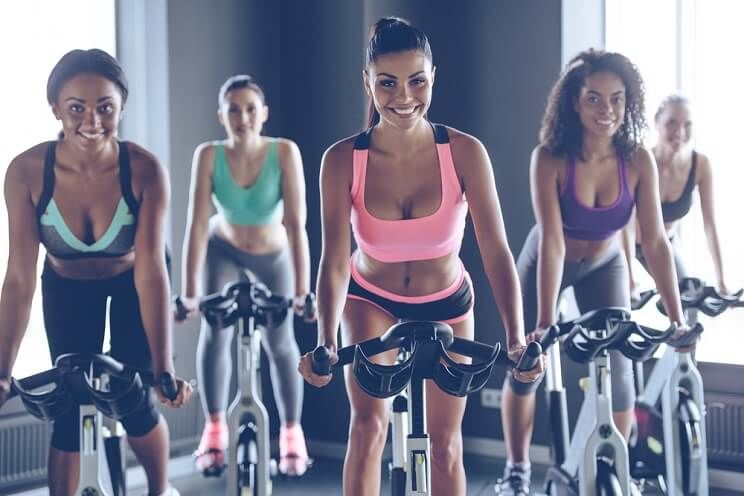 Your brain also gets more blood flow, specifically in the anterior cingulate region, when you exercise regularly (14). Interestingly, even moderate amounts of caffeine ingestion, can lower cerebral blood flow by 25% (15). This means that physical exercise, and limiting or even eliminating caffeine, can result in the maximum amount of blood flow to your brain. Both are also obviously great tips when looking to adopt a healthier lifestyle. [tweet_quote] Physical activity helps increase blood flow to the brain, while caffeine inhibits cerebral blood flow.[/tweet_quote]

Besides the number of neurons produced in the hippocampus and increased blood flow to your brain, how else does exercise help cognition? Well, it helps the brain to minimize the effects of aging. Researchers found that exercise primes the brain to access mechanisms that can improve cognition and reduce the detrimental effects of molecular and synaptic changes that occur with age (16). Pretty exciting stuff!

What Happens When You’re Lazy? 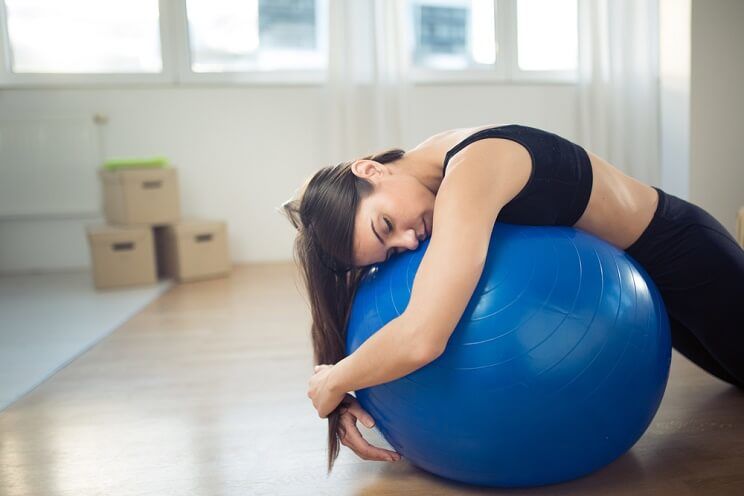 Hopefully we all know, at least anecdotally, that sitting around and not doing anything is a bad idea. But what is less well known is just how detrimental laziness can be for your brain. One study sums it up nicely: “sedentary life impairs self-reparative processes in the brain” (17). So your brain will obviously not be as resilient and thereby will deteriorate faster than it would if you were to simply exercise. That is pretty alarming information.

Research has shown that a pattern of consuming junk food, not just the occasional binge, is responsible for obesity and cognitive impairments (18). This means that we truly are our habits. Don’t want your brain to shrink and deteriorate? Start exercising and eating better. As life has become easier for us (i.e. we’re not hunting our dinner or actively seeking shelter) nature has gotten its revenge by causing ill health for our bodies and our brains (19). To put it simply, our modern, sedentary lifestyle is killing us. [tweet_quote] Feel like being lazy? Think again: a sedentary life promotes deterioration of your brain.[/tweet_quote]

If one is looking for even more justification on why a poor diet and sedentary lifestyle will likely result in poor brain health, then look to the emerging science of gut microbiota (20). When we consume a poor diet, the bacteria in our guts change, which can result in poor mental health (21). I know how surprising this may sound, but when you look at it from a clear, mechanistic perspective it makes perfect sense.

Furthermore, those who do not exercise endure remodeling of their brain, this time in a negative way, in contrast to the restructuring seen in those who do partake in exercise (22). This is proof that a good diet is not enough to ensure optimal mental health. The restructuring of brain tissue (23) is fascinating and obviously you’ll want to influence that restructuring in a positive fashion.

Since exercise also improves fat metabolism (24), there is virtually no reason that one should not partake in some form of daily activity. The modern obesogenic environment has changed so vastly, that some of us become brainwashed into television, junk food, and work (25). But this is not what humans were meant to be doing. Even in my short lifetime, I have seen the world change greatly and seen just how fat and unhappy human beings have become. But it doesn’t have to be this way.

Diet and exercise are the biggest factors that individuals can control, when it comes to their own health. In fact, different types of exercise affect different parts of the brain (26). If that’s not fascinating, I don’t know what is! Since running on a treadmill will have different brain effects than lifting weights (27), one must also consider performing different types of activities, in order to achieve the full neuronal benefits of exercise.

Were you aware of the myriad of changes that occur in your brain when you simply step on the treadmill every day? Many aren’t aware of this information and I hope they’ve learned something from this article. Since we all rely on the healthcare system, I care about your health, mental and physical, just as much as I care about my own. Modern society has more or less brainwashed us into a lifestyle of television watching, consumerism, and junk food. But it doesn’t have to be this way.

You are in control of your own health, whether you realize it or not. Take charge, and improve your body and your brain. Remember, that simply walking for 45 minutes per day, results in positive neuronal changes. It may not feel like much, but it could be enough to save your brain’s health.

In a world where nearly all disease rates are increasing exponentially, doesn’t it make sense to partake in any kind of activity that may be beneficial? Do I really need to work this hard to get you to exercise? Exercising and eating well is the cure for so many illnesses, and yet we wake up every day looking for new solutions. The only way to really change things, especially in the long term, is to develop healthy habits that will save both your body and your brain. Also consider the costs of inactivity when making your decision.

Did you learn anything new? What kind of physical activities do you do to keep your brain healthy? Let me know in the comments.

(Read This Next: 7 Ways Sleep Deprivation Wrecks Your Brain)