With the increasing popularity of the Paleo movement there has come a myriad of products, books, supplements, diets and yes, Paleo protein powders.

That’s why I wanted to follow up on my post about Paleo protein bars. Now, these powders are somewhat redundant, as protein powders technically fall into the realm of “dietary supplements” which are not regulated by the FDA. [tweet_quote] There are Paleo protein powders out there, but are they better for you than chicken and sweet potatoes?[/tweet_quote]

Do you struggle with bloating, gas, constipation, or other digestive issues? We’ve created a FREE guide to healing your gut naturally.
Click here to get your FREE copy of our Eat Wild Guide!

This is a key point to remember. Despite all the marketing hype, there are (unsurprisingly) major downsides to these protein powders. To start with, they are anything but real food. Nowhere is there a “whey protein isolate” tree. There are not chickens laying “protein powder” eggs. This immediately places them as a sub-par choice in a good, real food based diet. Lets get into a little biochemistry to fully understand why. 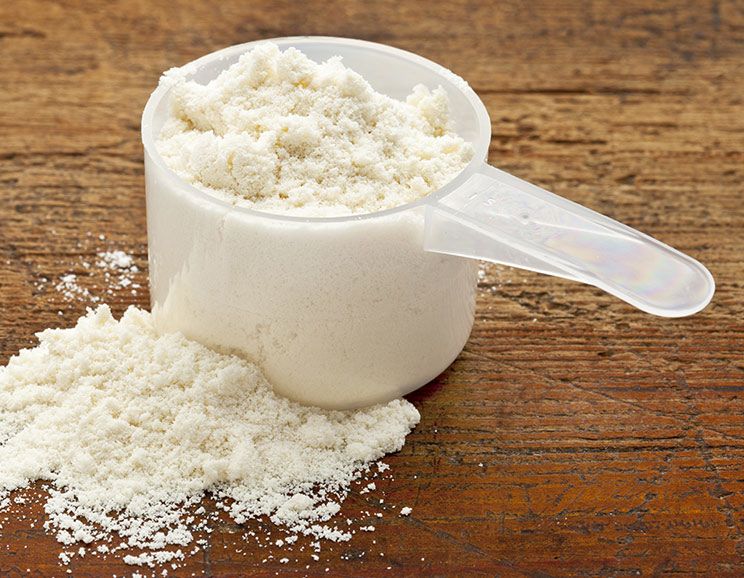 With most “Paleo” protein powders consisting mainly of whey protein, I will start with the obvious fact that whey is derived from dairy. Dairy, while sometimes being consumed on a Paleo diet, is mostly left out.

Why whey protein is recommended so widely in the Paleo community, despite this glaring discrepancy, I’ve never understood. But what exactly is whey? It is one of the components of dairy, specifically the leftover portion after milk has been curdled.

The main concern with the biochemistry of dairy, in this case whey, is that it is hyper-insulinogenic. This means your body secretes a very large amount of insulin in response to you consuming it. This is paradoxical, since it has a low glycemic load (1). A recent study has shown that whey has a substantial effect on blood glucose levels (2). [tweet_quote] Whey, the main ingredient in most protein powders, is hyper-insulinogenic.[/tweet_quote]

Insulin-like growth factor 1 (IGF-1) is also increased substantially when dairy is consumed (3). Since dairy has been recognized in scientific literature as “not just food but most likely a genetic transfection system activating mTORC1 signaling for postnatal growth,” its consumption should not be taken lightly (4).

Besides the insulin response and the bioactive hormonal growth response, dairy also has the problem of lactose. Since not all humans can easily process dairy (lacking the lactase enzyme required to do so) the lactose in milk can cause significant problems for many people. These problems are: bloating, gastrointestinal discomfort, an imbalance of gut bacteria (which promotes dysbiosis of the gut) and other issues, such as:

The effects of whey protein supplementation on muscle growth in response to exercise are also debatable, at best. This fairly conclusive study states that: “Resistance training in middle-aged and older men significantly increased muscular strength and added muscle mass with no additional benefits from creatine and/or protein supplementation.” (5) Hard to argue with that. Another example of problems with protein powders is the over-consumption of BCAAs (branched chain amino acids). 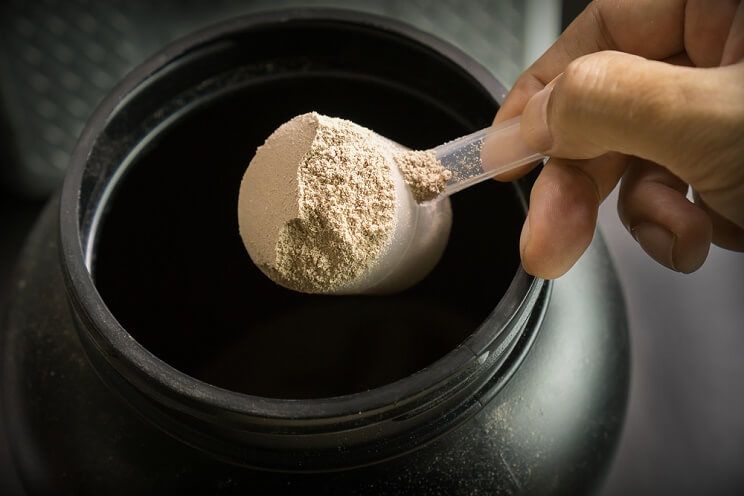 A very overlooked problem with protein powders is too much of the essential amino acids: valine, leucine, and isoleucine. These BCAAs are great when provided in real food, and in the right amounts. In excess, however, they are used for energy utilization (6).

This means they stimulate new fat creation in the liver (7). If that isn’t enough, valine and leucine/isoleucine levels are 20% and 14% higher in obese compared to lean subjects (8).

Now let’s get into the nitty gritty. Where are these sources of protein coming from, and HOW are they processed? Neely Quinn from Paleo Plan (9) covered this excellently, and she says the following:

“I called 3 distributors of egg white protein powders, only one of whom could even vaguely describe how the protein powder was made. What I gathered is that it’s basically separated from the yolk, pasteurized for a few minutes in 134 degree heat and then spray dried, which means it’s dried with more heat to make a powder.  I’m not saying that cooking eggs isn’t a good idea, but who knows how high the heat is, for how long they heat it, and where the eggs come from in the first place.  One of the 2 big egg white protein powder manufacturers is in China, although I had to find that out for myself since the guy at Jay Robb’s refused to give me their manufacturer’s name.”

Does something like that sound like a good idea to be putting into your mouth and body, especially on a daily basis? 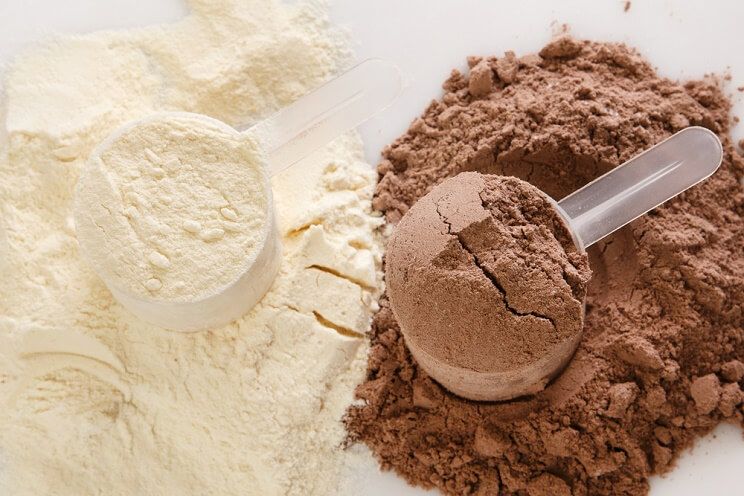 Paleo Protein®: The new kid on the block is actually mainly sourced from egg protein, not dairy. While in theory this sounds better, you have to begin to think about where those eggs are coming from and how they are processed. Are they pasture raised? Not likely. Are they processed through damaging high heat methods? Likely.

As you will come to see in almost all protein powders, sweeteners like Stevia, is present. Stevia has been scientifically proven to augment insulin release from islets incubated in the presence of 7.0 mM D-glucose (10). So despite the fact that you aren’t consuming sugar, your body still somewhat reacts like you are. Not a good thing. Overall though, if you have to select a protein powder, this is a solid choice. [tweet_quote] Stevia is present in most protein powders, causing a negative bodily reaction.[/tweet_quote]

MHP’s Paleo Protein®: Another somewhat new product is MHP’s. An interesting wrinkle in this product is the use of “hydrolyzed beef protein isolate’ as the main protein source.

Now was this beef grass fed? Where did it come from? How was it processed?

The answers to these questions are not likely going to be favorable. We are also getting maltodextrin (processed corn starch), emulsifiers (a small truckload) and an artificial sweetener (Stevia). Thumbs down on this one.

Reserve Age® Organic Grass Fed Whey: This is the next one our list and if you’re looking for a whey protein powder, this is actually an excellent source. Real food is still better, but their protein is minimally processed, undenatured, and grass fed. There also almost no other ingredients. Don’t forget the problems with dairy, but choose this if you want the effects (and detriments) of whey.

Mark Sisson’s Primal Fuel®: This is another interesting product. Going with coconut milk as an interesting addition to the typical protein powder formula, the rest of the mix is less favorable, loaded with sugar, maltodextrin and guar gum. Original formula, if not entirely ideal. There are worse choices for sure, but why not just have chicken with some coconut milk?

Progenex®: This is a very popular “recovery” powder. Despite it’s widespread popularity in the CrossFit® community, Progenex is probably the worst formula available since it contains fructose, sucrose and soy. The epitome of why eating some chicken and a sweet potato are preferable, post-WOD.

What are your thoughts on “Paleo” protein powders? Do you have a favorite? Leave us a comment below!

(Read This Next: How Much Protein Do You Need?)

What’s With All The Bacon?
Next Post: Ben Greenfield on How to Become Superman with Biohacking