How the Paleo Diet Changed My Life by Angie Alt

“You have Celiac Disease.”

Before I first heard those words, it was like being blind and deaf and in the middle of a battlefield.  It was terrifying.  I was clearly under attack, but I could not see or hear the enemy.  There was no way to fight back.  How could I retaliate?  My attacker was shapeless and silent.

I was sick and getting inexplicably sicker.  It had started over a decade before diagnosis.  Shortly after my daughter was born, the first early symptoms appeared.  I started to get painful stomachaches after nearly every meal and I was often nauseated.  I was misdiagnosed with Irritable Bowel Syndrome, a very common misdiagnosis for Celiacs.

It went on like that for years.  I grew accustomed to the discomfort.  Other, scarier, symptoms showed up.  My heart was acting strange and I was emotionally off-kilter, depressed, and anxious in a way I had never been before.  Then my husband and I decided to start trying for another child.  After a full year without even an excited “what if” moment, we saw a fertility specialist.  They said our infertility was “unexplained” and laid out an elaborate, expensive plan to get me pregnant.  My husband was (very intuitively) concerned that infertility could indicate a more serious health issue, but the specialist dismissed the concerns.

Fertility treatment was too invasive for us, so we declined and looked for alternative paths.  I went to a holistic clinic where I was put on a detox protocol.  Among other things, I gave up anything wheat-based, plus meat and dairy for a month.  I didn’t understand it, but getting rid of wheat was a clue to the lurking Celiac Disease.  The protocol wasn’t my perfect answer yet, but it had revealed a little about my shapeless enemy.

After the stint with the holistic clinic and still no baby, we moved to West Africa for my husband’s job.  Seven months later, in the midst of a political crisis, I was medically evacuated with a misdiagnosed ruptured ovary.  Later, temporarily back in the U.S., I had surgery and the true cause of my evacuation was revealed.  I had chronic appendicitis and extensive Endometriosis.

After surgery, I felt amazing.  I had not even realized how much pain I had been in, until it was gone.  I learned that Endometriosis had autoimmune connections and this autoimmune link had my husband and I wondering, as I also had a previously diagnosed autoimmune skin condition.  My enemy did not fully expose its self, but I could hear its whispers.  We didn’t take any time to investigate though.  We were headed back to Africa, eager to continue our life there, especially with my renewed energy and seeming return to health post-surgery.  Things went really well . . . for a bit.

By late 2010-early 2011 increasingly alarming health issues appeared.  It started out simple.  I was losing a little weight and then I noticed hair loss.  My emotional state was getting more and more erratic; I had a lot of difficulty controlling anger and frustration.  I cried often and struggled with serious anxiety.  I chalked this all up to stress and the enormous cultural adjustments of life in a developing country.

Things worsened still.  I started having muscle spasms, especially in my back and legs.  I had terrible pain in my bones, especially in my rib cage.  I had swollen glands off and on.  Sometimes I had a hard time speaking or I stuttered.  I couldn’t concentrate.  Then came the numbness in my legs.  I also started losing muscle mass.  In September 2011, I got very seriously and rapidly ill.  I was misdiagnosed again, this time with malaria, the most serious misdiagnosis of all.  I was evacuated again, this time to a hospital in Europe.  After it was determined that I was stable enough to travel, I returned permanently to the U.S., but once home my health declined further.

Weight literally dropped of off me, very painful digestive issues appeared, and I now had numbness not just in my legs, but also in my arms, hands, and face.  I had extreme panic attacks almost daily.  I was seeing a psychiatrist several times a week, who had misdiagnosed me with PTSD.  I was taking Xanax, but firmly refusing anti-depressants and insisting with her and my other doctors that something else was wrong.  Finally, I was referred to a GI specialist when I developed acid reflux.  She thought I had ulcers, but decided to run a Celiac screening.  My gluten antibodies were off the charts and in February of 2012 I underwent an endoscopy and was diagnosed.

I immediately went gluten free, but due to all the internal damage from Celiac and cross-reactivity to non-gluten foods, my health did not improve.  In fact, I started having frightening anaphylactic reactions.  I began researching in earnest and then talked with a friend of a friend about nutritional approaches to healing.  She mentioned the word “lectin” and pointed me to websites, like Mark’s Daily Apple and Chris Kresser.  I devoured everything I could about Paleo and was soon ready to fully commit to the Paleo lifestyle.

There were still issues though and within about a week of adopting Paleo, I knew I needed more.  That is when I learned about the AutoImmune Protocol (AIP), a more restricted variation of Paleo, used to manage autoimmune diseases.  In May of 2012, in addition to grains, dairy, and legumes, I dropped eggs, nuts/seeds, and nightshade vegetables.  I also stopped taking NSAIDS and birth control pills (that was a very careful decision and I believe every woman should work with her doctor regarding BC).

AIP was my break through.  Within three days the transformation to my emotional health was incredible.  I stopped using Xanax, because the anxiety, panic, and depression completely dissolved.  I also stopped making regular trips to the E.R. with anaphylaxis.  As I learned about my severe vitamin and mineral deficiencies resulting from Celiac Disease and began properly addressing them, other things improved.  The numbness and muscle spasms vanished.  The bone pain went away.  The swollen glands subsided.  I was no longer dizzy and faint, my heartbeat returned to normal, and slowly digestive discomfort and bowel function improved.  It was like being given a new body.

It has now been over a year since I began AIP.  I love my lifestyle and have become an extremely vocal and passionate Paleo advocate.  I tell everyone I know about the huge benefits of adopting this approach to life.  I blog several times a week at Alt-Ternative Universe on the true stories of the emotional side of adopting Paleo and using AIP in tackling autoimmunity.  I also run a Facebook page at Alt-Ternative Autoimmune that offers support to those using AIP to manage their autoimmune conditions and shows them how to adapt their diets for the very restrictive protocol, while still enjoying awesome food.  I have personally introduced so many people to this world and watched their health stories transform just like mine.

My enemy is still hard at it, often attempting stealth and silence in its attacks.  All I needed was to know its name.  Celiac Disease.  It was like being handed the weapons of sight and hearing.  From that point, I could discover the best way to defend myself and learn new methods of fighting.  I am still in the middle of the battlefield every day, but I am not terrified anymore.  Paleo changed my life. [author_bio name=”yes” avatar=”yes”] 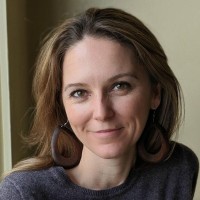 Angie Alt is a wife, mother, world traveler & blogger. She’s also a warrior in the autoimmunity war. Angie confronts three autoimmune disorders each day, including Celiac Disease, with powerful management techniques like AIPaleo & the Paleolithic lifestyle. She blogs regularly about the emotional side of tackling autoimmunity, adopting Paleo, and how it impacts her, her family, & their way of life. You can read more by Angie Alt on her blog and connect with her on Facebook.

Top 10 Who’s Who of Paleo Experts
Next Post: Spaghetti Squash with Sausage & Peppers